Help, my child is Autistic 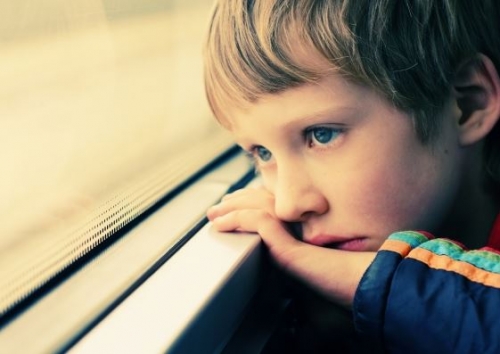 It can happen to so many parents.   They are worried that their child has developed some problems.   They are referred to CAMHS (child and adolescent mental health services).   The clinical psychologist meets them after the initial assessment and explains that their child is on the autistic spectrum.  They feel shock, panic and bewilderment.   They find it hard to take in the information given and cannot think of the questions to ask until after they have left the office.

The first thing parents need to remember is their child is the same child as before.   OK there may be a problem but it is the same problem as before.   Nothing has changed except that there is a name for their problem and with that diagnoses comes the clues how best to help the child.   Many parents seek help from Google.   Google has a lot of good information but, unfortunately, also a lot of information which actually represents the writer’s prejudices which are based on their own specific experiences and can be unhelpful to others.   The problem is being able to identify which to give credence to and which to ignore.   I would recommend checking the website of the National Autistic Society.

I will try to answer a few questions in this blog.   You will often have your child’s condition referred to as ASD.   This stands for autistic spectrum disorder.   I would quarrel with the disorder part of the label.   With Autism the neurones in the brain have formed slightly differently so the child does not notice social interactions in the same way as others in their early years.   They, therefore, lack social skills and may not even feel the need to relate with other children.   Their social language is, therefore, less developed and they have a problem with social imagination.   They do not intuit what other people are thinking or feeling and sometimes have difficulty understanding social situations or predicting social consequences.

The condition is called Autistic Spectrum Disorder because it applies to a wide range of people.   At the most effected, they may be non verbal and intellectually challenged.   The most able in the spectrum are often known as having Asperger syndrome although the term is no longer used by psychologists.   The name now used is high functioning autistic (HFA).   They do not have learning problems and may be academically gifted.   Many children are quite relieved when they get the diagnoses.   They knew there was something wrong, now they know what it is and they can be helped to manage it.   There are some other characteristics that tend to go with autism.   The children are visual thinkers, often with a photographic memory.   They are hyper- sensitive to sensory stimuli such as sound, lights. Smells and textures. This can lead to the children being picky eaters.   If this is the case with your child go along with this since they cannot help it and you cannot change it in the short term.   They are likely to tolerate a more varied diet as they get older.  They often tend to take remarks very literally.   They usually like routine and find change challenging.   Many autistic people develop special interests and follow them relentlessly.  This can be strength since they can develop tremendous expertise, but it can also be really annoying if you do not share their interest!

Counselling is one way of helping high functioning autistic children.   They experience the world slightly differently from neurotypical people.   That is not to say their experience is wrong – not at all, it is just different.   Their senses are very acute and they can feel overwhelmed by them.   They are not aware of this because this is how it has always been for them.   But it can add to their stress levels.   They develop their social skills intellectually as they grow up rather than intuitively.  They often do not use ‘social lying’ like the rest of us. In other words they say it as they see it.   If you have bought a new dress and ask if they like it they may say ‘no’ rather than letting you down gently with a reply like ‘well it’s certainly different.’  They may be very good at focusing on detail but not see the bigger picture.   Unfortunately they often have high levels of anxiety.  Counselling is a useful tool for learning about themselves and becoming aware of the multitude of ways people function.   They can also learn how to manage stress and anxiety.

In recent years, I have had many adult clients who are on the autistic spectrum.   This is because diagnosis was not generally available until the 1990s.   I wish I could say it is uniformly good now.  It is not and there is much work needed to improve this.   Interestingly, it has only recently been recognised that many high functioning autistic girls present different behaviours from boys   So in my practice I have had ladies of mature years who got the diagnosis because one of their children was diagnosed as high functioning autistic and they realised that they were similar when they were the same age as their child and referred themselves for a diagnosis.

Finally I must emphasize that if you know someone who is autistic you know one autistic individual,   they are unique.   No two autistic people are exactly the same.   The label does not define the person - nor should it.

Should you have any questions you are welcome to email me r.green230 @ntlworld.com